Indonesia is a large addressable market. There are 256 million people (2015), with 51% are young – below 31 years old.  Indonesia in particular has an extremely large, potential addressable e-commerce market, which in turn is likely to attract more players, both domestic and foreign, and more capital than other ASEAN markets.  From these facts, we can assume Indonesia is a market that global and regional e-commerce leaders such as Amazon, Alibaba and Flipkart cannot ignore and we see a strong likelihood that some of these will become directly involved in the market over the next few years.

Currently Indonesia has large penetration on Customer to Customer (C2C) that still dominate in online player, and that is the basic reason why OLX and other same focus e-commerce platform still popular among others.  This condition also happened in Thailand, but most e-commerce experts believe it will change over the next 5 years.

Get more customers with the services we provide

The Rise of Young

Today, there are 51% of total Indonesia population are below 31 years old.  That means in the next 5 years, 2021 – the productive buyer will be shifted by them who 100% will take action of what product they buy, how they buy, for how much is the price, and so on.  In terms of how they buy, if we see the condition now, people below 31 are mostly internet-savvy, used to look up their mobile phone thousand times each day, comparative person, social share, instant and easy going.  So can we imagine if in 2021 we don’t prepare the channels in fulfilling their needs on how they buy product, what’s going to happen? Don’t answer too extreme that the brand will gone too soon, but definitely for sure the brand will be left hundred miles behind.

But does it means everyone has to have e-commerce website to sell directly the products to the market? Well I don’t think not all of them, but mostly for whatever consume products must have e-commerce channels to go survive.  And being just exist in e-commerce is not your ticket to survive. Come on, if you have uncomfortable look and feel website at the front, not to mention the user experience also is not too good, no guaranteed statement there that your buyer will protected 100%, and many other things that looks not completed yet in development, store operational and last mile fulfillment, and you still think you can survive?

Indonesia has extremely low offline retail penetration.  And happy to conclude, the condition of lack of offline store-opening potential plays directly into the hands of the online store. Yes, absolutely.  The point with all of this is that when it comes to popular e-commerce merchandise, there is limited offline competition.  The lack of offline penetration means that there is a huge potential void for the online channel to fill.  And once consumers get accustomed to online shopping, there tends to be not going back, i.e., it is rare that there is an abrupt change and consumers revert back to the offline retail channel. Offline retail is especially under penetrated outside Jakarta.  These tallies with the large and growing online, geographic, share outside of the capital city.

Of interest is that within Indonesia, most non-Java online shoppers spend more than US$20 on e-commerce per month versus Java, and  Jakarta itself.  We think this reflects the relative lack of offline merchandise choice outside Java and especially outside Jakarta. 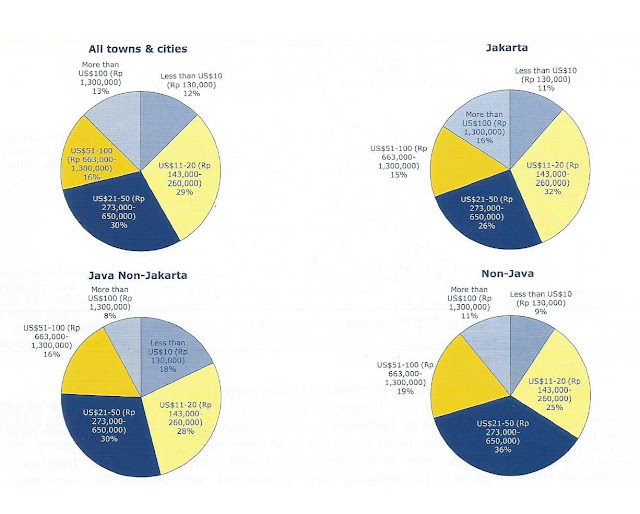 Now if outer Java wants to spend more, there is huge opportunity to grow its market.  For instance, offering them lower delivery cost faster delivery time for every order made.  This is what Amazon did to make their customer happy. Amazon build multi-fulfillment centers in most states so every order fulfillment settled more faster and lower cost for all customer.

Larger addressable market equal to more players, more online SKUs and more capital.  Too big for global and regional e-commerce majors to ignore. Indonesia population is nearly four times that of Thailand. Increased participation from a larger number of e-commerce players and greater marketing spend on traffic acquisition relative to other Asean markets.

All suggest that both the merchandise selection and SKU count available online as well as the number of shoppers pulled online will exceed that of other Asean markets in the medium to long term.

But although Indonesians are the newest to online shopping within the big-four Asean markets, they are already shopping online more frequently than their Malaysian and Philippine counterparts: 35% of our survey panel of Indonesian online shoppers are now shopping more than five times a year versus 228% for our Malaysian and 25% for Philippines respondents.  Only the relatively more mature Thai market has a higher level of online-shopping frequency with 48% of respondents shopping more than five times a year.  The Indonesian figures rise to 42% in Jakarta but logically fall away to 31% outside of Java.

With only 6% fixed-line broadband penetration, the lowest among the big-four Asean markets, Indonesian consumers will be increasingly reliant on mobile devices for their online-shopping requirements.  The good news is that mobile internet penetration is already decent and mobile tariffs low even though average mobile data speeds are still extremely slow.

Indonesia has the second highest mobile internet penetration after Thailand among the big four Asean markets. Mobile data tariffs are the lowest vs other Asean markets. Mobile internet penetration forecast to rise from 36% in 2014 to 75% in 2018.  As CLSA survey results show that 29% of online retail transactions are already being made on mobile devices.  Within Indonesia, the share of both browsing and transactions on mobile devices is slightly higher in areas outside Java.  This likely reflects the lower levels of fixed line broadband penetration in these geographies. 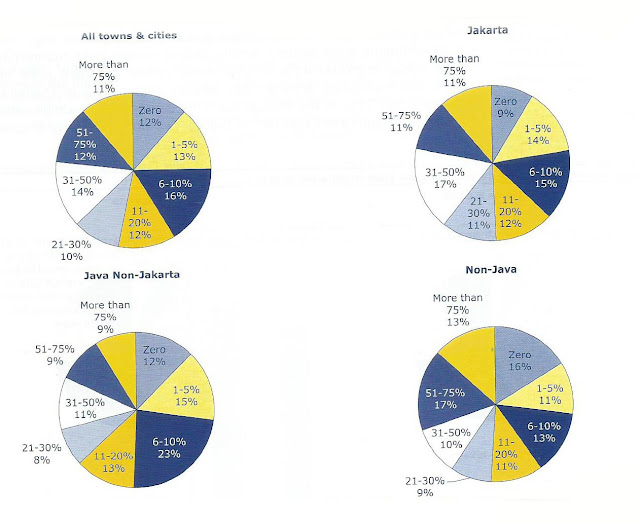 Foreign Company can Own E-commerce Business in Indonesia

We consider this new regulation can impact both positive and negative way. But on the top side of that, this means the promising e-commerce market happens right now, and there is no excuse we say no to participate.  It is now that we must do, or never at all.

Even though, the detail about this new regulation, must be cross checked and reconfirmed again.