With a population total around 260 million individuals (estimated population data for 2016), Indonesia is the most-promising and exciting in ASEAN eCommerce market. Affordable mobile internet, cheap smartphones and increased spending in the middle class are driving the development of the eCommerce sector. However, consumers have yet to establish trust in online payment and businesses are also facing challenges associated with emerging markets. Here’s the key for e-Commerce in Indonesia 2016 :

ONE: Economic overview and growth of eCommerce 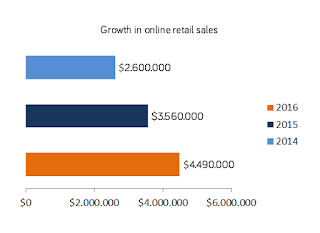 Read also : Special offer for you! only 3 years investment for your online store

Indonesia’s GDP is forecasted to grow at an average of 5.8% over 2013 – 2016. Its market is largely represented by small and medium businesses (SMBs) representing 99% of all companies in Indonesia. Online spending is predicted to increase by 40% in 2014 and 53% in 2015. While developed markets like the US see online sales around 5% of total retail revenue, Indonesia sees just 0.6% of the estimated USD 411.29 billion total retail spend for 2014, illustrating its growth potential.

According to CSLA in 2015, 30% of online shoppers spent an average of Rp 273.000 – Rp 650.000, who is the most popular products are fashion 51%, gadget 16% and beauty care 7%. Understanding local customers is the key to success as a localized strategy increases approachability and trust.

THREE: The Emerging Growth of Digital, Social, and Mobile Media

Digital connectivity in Indonesia has leapt over the past few years, with much of this growth attributable to more widespread access to internet-enabled mobile devices. With over 80 million internet users, Indonesia is seeing rapid digitization. It is the fastest growing ecommerce market in the world. There are 300 million mobile subscribers in the country, where 90 per cent mobile users access internet via mobile. The average Indonesian spends nine hours daily on electronic media. Interestingly, while emails are not popular, the market sees very heavy use of social media messaging platforms such as whatsapp and Line.

However, the government has fallen behind in term of regulations. Darmin Nasution, the Coordinating Minister for Economic Affairs in Indonesia, revealed the seven key points of its much-awaited e-commerce roadmap for the country.

The 7 key points are:

We hope the regulation honestly aimed to boost the growth of local e-commerce players and prevent foreign players from taking advantage also creating a more conducive climate for the e-commerce industry.